Born and raised in Pittsburgh, Pennsylvania, vocalist Aimée (pronounced emAY, or M.A.) Allen's intimate connection with music began as a child. Her childhood was scored with classic jazz, because her mother kept selections from the tradition on the family turntable.  Though singing was a part of her childhood, Aimée first began singing professionally with jazz a cappella groups in college. After graduation, Aimée moved to Paris where she performed regularly in jazz clubs and festivals. The deep relationship between the francophone audiences and Brazilian bossa nova, led Aimée to form Les Bossa Novices, a Paris-based group dedicated to bossa and jazz. 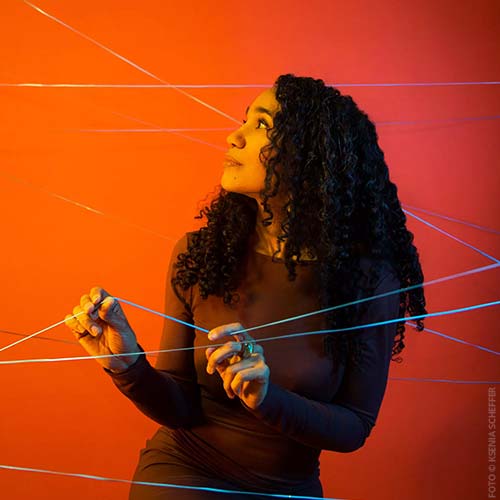 “A fully fledged composer, lyricist and vocalist, her ideas are filled with depth and meaning, and her lyrics profoundly unique.”
- Constance Tucker, All About Vocals
“A brilliant singer and even more thoughtful lyricist”
- H. Allen Williams,  JazzTimes

Aimée now performs regularly in New York City and abroad, having toured in France, Italy, Russia, and Senegal.  Standards and bossa are part of her repertoire, but now an accomplished songwriter, she also sings her original compositions, many of which have become audience favorites.  Her original music has been licensed for feature film and network television.  She has sung with many renowned musicians including Romero Lubambo, Ron McClure, François Moutin, Rozwell Rudd, Ari Hoenig, and Yomo Toro.